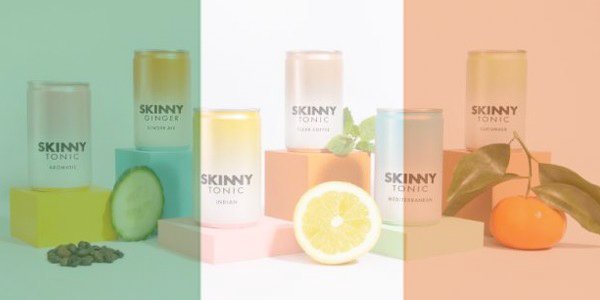 An exclusive distribution agreement for Ireland and Northern Ireland.

The Irish deal is with MCM Brands known for its premium portfolio of exclusive partners such as Gin Mare, Crystal Head Vodka, and Aviation Gin.

Skinny Tonic, the company behind the first zero-calorie, zero sugar, and 100% natural mixer to launch nationwide in the UK, has revealed two new deals in its July shareholder update.

Notably, the group said it has inked an agreement with MCM Brands for an exclusive distribution deal to Ireland and Northern Ireland.

Steven Wilkinson, Skinny Tonic founder/COO said: “We are delighted to be working with MCM Brands who are at the forefront of working with exciting and innovative brands in Ireland. MCM are known for having a premium portfolio of exclusive partners such as GiMare, Crystal Head Vodka, Matusalem Rum, and Skinny Tonic will be proud to sit alongside them. They are a dynamic and experienced team that we look forward to creating a great partnership with.’'

William Doorgan, managing director MCM Brands added: “We are thrilled to have agreed this partnership with Skinny Tonic , We believe Skinny Tonic's potential is huge and they will be a game-changer in the tonic industry.”

360Equity Limited are appointed representative of Capital Plus Partners Limited who are authorised and regulated by the Financial Conduct Authority.